The Alliance for Animals has settled its lawsuit against Dane County for alleged free speech violations for $30,000.

The lawsuit, which was filed in November, alleged that members of the group were improperly issued citations in 2009 and 2011 when they handed out animal rights literature outside the Shrine Circus at the Dane County Coliseum. The group said it had been assured by the county executive’s office that leafleting was allowed on Alliant Center property.

“I am so pleased to have been able to defend the free speech rights of Alliance for Animals and its members,” the group’s lawyer, Andrea Farrell, said in a statement. “I believe our lawsuit has helped ensure that my clients will have the opportunity to let their voices be heard as they continue to work tirelessly to ensure that the animals’ voices are heard.”

via Alliance for Animals settles lawsuit against Dane County. 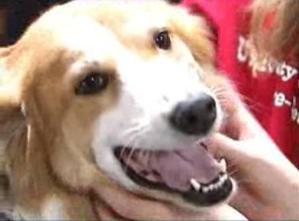 Thank you Dane County Humane Society for this important message!

· NEVER leave an animal in a parked car in hot weather. “Even with windows open, the temperature inside a vehicle can reach deadly heights in just a few minutes,” says Viney. In Madison, there is an ordinance against leaving a dog unattended in a car for more than 15 minutes.

· Be alert for the signs of heat stroke—heavy panting, glazed eyes, a rapid pulse, unsteadiness, a staggering gait, vomiting, or a deep red tongue. If you suspect your pet is suffering from heat stroke, get help immediately from your veterinarian.

· Limit walks to the cooler hours in the morning or evening. When away from home, carry a thermos filled with fresh, cool water.

· Dogs can get sunburned too! Protect hairless and light-coated dogs with sunscreen when your dog will be outside in the sun for an extended period of time.

· If your dog has to be outdoors, they must have a sheltered area to cool down and plenty of fresh, cool water at all times.

· The elderly, the overweight, and pets with short muzzles such as Pugs or Persian cats are more susceptible to heat stroke. Be extra sensitive to the needs of high-risk animals. 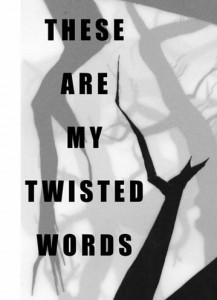 Consumers of “happy meat” are easily seduced by the ditzy idea that, so long as the animal they eat doesn’t come from a factory farm, they’re morally exonerated from the slaughter and suffering they’ve caused for no good reason other than to satisfy their palates. This sense of exoneration is not only dishonestly achieved, but it perpetuates something that advocates of “humanely” raised animals might not care to perpetuate: it hollows out the entire notion of “welfare,” thereby undermining the core meaning of an idea that lends grace and dignity to all relationships.

One major reason that the happy meat crowd opposes factory farming is because it violates animals’ basic welfare. They say it all the time. In industrial settings, pigs can’t be pigs; chickens can’t be chickens; and cows can’t be cows; (and, we could add, humans can’t be humans). So, the idea goes, move animals onto pastures where pigs can be pigs, chickens can be chickens, and cows can be cows. This transition, it seems safe to say, improves their welfare.

Indeed, putting aside for now the complexities of providing “proper” conditions for these complex animals on “happy” farms, and putting aside the question of the morality of animal ownership, it’s safe to say that there’s some merit to the idea that greater space equals greater happiness for farm animals. So, in free range systems, animal welfare, we can all provisionally agree, is improved and the concept of “welfare” is preserved in its basic form.

But then, on slaughter day, a carnivalesque flip-flop turns happiness into horror. 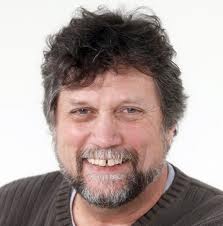 Knowledge, including scientific understanding, comes not just from answering questions but from asking the right questions to begin with.

As a journalist, I have grown over the years to not only appreciate the importance and power of hard, pointed questions but also to recognize the courage it sometimes takes to ask them.

For centuries, scientists have put not just their reputations on the line by asking tough questions. They’ve risked their lives.

Giordano Bruno was burned at the stake in 1600 for espousing the Copernican model that placed the sun rather than the Earth at the center of the solar system. Asking such questions about our place in the universe opened up areas of thought that powerful forces would rather have seen left in shadow.

These musings about questions were prompted by an email sent recently by Mara McDonald, the very capable assistant administrator with the UW-Madison Department of Genetics, who keeps track of everything from grants to graduate students.

McDonald’s email notified staffers of a grant opportunity from the National Endowment for the Humanities that offered money for starting courses aimed at answering “enduring questions.”

McDonald offered her own list of questions. Some interesting examples:

What is consciousness? Can humans ever understand their origins and purpose?

How will our perceptions of life on this planet impact our understanding/compassion for extraterrestrial life?

But my favorite question suggested by McDonald was this:

Parrots have given names in the wild. Orcas can do sonar scans on unborn whales to determine their health. Octopi can and do perceive more than we give them credit for. Ants have been farming for millions of years, not a paltry 10,000. Humans often view our species as the epitome of intellect, consciousness, development. But does human ignorance and arrogance make us blind to the richness of all species? Is it important to see beyond ourselves?

I like this question because its answer has the potential to do what the answers to all good questions should do — make us uncomfortable.

If we find that we have indeed failed to elevate other species to their rightful places, then we would have to ask some other very tough questions.

Those questions could open up some very uncomfortable areas of discourse, on everything from animal research to hunting, from our treatment of animals we depend upon for food to our sometimes nonchalant attitude toward the loss of other species.

The reward of asking and answering such a question, however, has the potential — as does all scholarly inquiry — to open our eyes to a new and even more interesting world.

Such is the power of a question.

Now if I can just figure out why I have no matching socks in my sock drawer.

More than 50,000 U.N. officials, scientists, environmental advocates and a few heads of state will gather this coming week in Rio de Janeiro for a conference on sustainable development. They’re assembling 20 years after the first Earth Summit was held in the same city, and the goal now, as it was then, is to figure out how to cut dangerous greenhouse gases and help the 1.3 billion people living in extreme poverty. Or, to put it more starkly, how we can live ethically without threatening the ability of future generations to live at all.

That’s what’s on the agenda.

But what we want to know is: What’s on the menu? Specifically, will this large gathering on climate change be serving meat — whose production and consumption are major contributors to climate change?

A 2006 U.N. Food and Agriculture Organization (FAO) report, “Livestock’s Long Shadow,” called raising animals for food “one of the top two or three most significant contributors to the most serious environmental problems, at every scale from local to global.” Since then, climate researchers Robert Goodland and Jeff Anhang have estimated that livestock and their methane-rich byproducts account for even more greenhouse gas emissions than the earlier report estimated — a whopping 51 percent. More conservative estimates say that meat accounts for about a third of greenhouse gas emissions.

Why are they serving meat at a climate-change conference? – The Washington Post.

Thank you DawnWatch for bringing this to our attention. Get news like this by subscribing to DawnWatch.

Progress in the animal rights movement can seem maddeningly slow at times, but then along comes a tangible victory reminding us that our efforts and persistence DO pay off.

Last night in Madison, Wisconsin, thanks to the hard work of the state’s foremost animal protection group, Alliance for Animals and many stalwart supporters, the county board voted 23-9 to ban the exhibition of elephants for entertainment or amusement.

The passage of this ban didn’t happen by chance. For years whenever the circus came to Madison, concerned citizens organized protests, distributed leaflets about circus cruelty, and carefully documented the sad condition of the elephants on display. Some filed USDA complaints.

Their efforts, and the moral integrity of those who voted in favor of the ban (list here), have made my adopted hometown a better, more compassionate place. Today my heart holds a little more hope for humanity. We know the right way, and sometimes we have the courage to act.

Members of the Dane County Board took the time to learn how elephants used in circuses are trained and handled and about the conditions they are forced to endure.

The board deserves praise for adding Dane County to the large and fast-growing list of U.S. communities and countries around the world that have banned the use of elephants in circuses.

No one who takes the time to look into the use of elephants in circuses can have any doubt about the cruelty involved in training them or great suffering these animals are forced to endure.

Rick Bogle: Kudos to County Board for protecting elephants.